DTSI Group consists of a team of competent, committed and experienced employees. Allow us to introduce them to you on this page.

Richard is a specialist Intelligence, Surveillance, and Reconnaissance (ISR) systems designer who is

able to draw upon over 20 years’ experience working on

the development of ISR capabilities in the UK, Australia, Singapore and China.

Richard's expertise has been honed to design and develop intelligence systems and to deliver high-end imagery sensor and data management solutions.

He has worked with:- 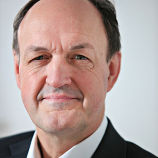 In 1994 Stephen turned to the dark “commercial” side and since then has been developing an extensive knowledge and understanding of how to grow business both in the UK and abroad.

Stephen has developed sales pipelines of £100 million plus, has secured individual capital sales of over £10 million, as well as being short listed for the 1998 Scottish Marketeer of the Year for his Chinese market entry with GGM.

In addition to operating his own international business, GGM Worldwide Management, which he led for 7 years, he also held Senior Management / Director roles within the defence, marine and subsea sectors working for companies such as MacTaggart Scott, Babcock and James Fisher Defence.

He has worked with:-

Stephen is also the Founder and Managing Director of Govenlock Europa based in Scotland.

Dr. Alan Colegrove has been in the international defense industry for over 25 years. A graduate of the U.S. Naval Academy and former Navy fighter pilot, he has lived over a decade overseas in places as diverse as Japan, Malaysia, and the United Arab Emirates. He has experience doing business in over two dozen countries around the world. With his engineering background and professional registration, graduate degrees in management, international relations, and defense economics, and his network of colleagues, he can help solve your offset.

Alan is also the President of Offsets Collaboration Inc based in Pasadena Maryland, USA.

DETCORE LLC is based in the Netherlands and active in the Benelux region in the Defence, Aerospace and Homeland Security domain. DETCORE focuses on Defense Technology Consultancy Offset & Representation and has a wide experience in consultancy for manned and unmanned Weapon Systems for Air, Land and Sea, for their support during all phases of the Defense Materiel Planning process and for the subsequent systems life cycle. Support to fill in offset/industrial participation obligations is also available.

Check out the new range of i2-Tech stabilised camera systems on the Product pages!